Home
Thinking of Getting a Tattoo Over Your Stretch Marks? 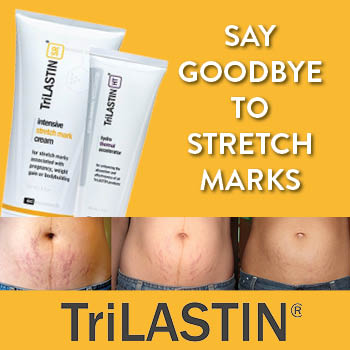 There are times when it may make sense to place a tattoo over stretch marks. There are other times where it would not be all that advisable. There are also times when it might make sense but you’ll need to plan things out rather carefully. The chances of a successful outcome will often depend on both the characteristics of the marks and the design of the tattoo. Needless to say, the two have to complement each other.

These marks are permanent. They may fade on their own over time or can be diminished to some degree by certain treatments but they never go completely away. Tattoos tend to be permanent as well. It stands to reason that a tattoo over the marks will also tend to be permanent. Since there are some risks involved in getting the design to come out just the way you would like, it would make sense to understand what risks may be involved before you decide to proceed. Getting inked is one of several methods people try in an attempt to make them invisible or at least much less noticeable. This approach can sometime backfire and the result will be even more difficult, if not impossible, to hide unless covered by clothing.

There are at least four, and possibly five, things you should consider before you even think about heading for the shop. Following are some tidbits of knowledge that could serve you well. While a tattoo can sometimes take an unpredictable turn, and this is especially true of a tattoo over the imperfections, you do have some control over whether your design will be a true work of art or something to be kept out of sight at all times.

The 4 Things to Consider:

When most people get inked, they tend to have it placed on healthy skin. There may be a blemish or two that the design can cover up or make less noticeable, but in most cases the skin is healthy and elastic and the design comes out as expected if it has been properly applied. A stretch mark, on the other hand, consists of scar tissue. It may not be unhealthy but it definitely is not elastic. Before getting into the pros and cons of inking over it, it would be worthwhile to take a look into what some of the characteristics of the marks are as well as what causes them.

Stretch marks are indented streaks in the skin that can appear on the abdomen, the breasts, upper arms, thighs or buttocks. They can be colorful; usually purple, red, or pink. They can be treated to become less visible but they will never go away completely. Often they will fade over time to a whitish or grayish color but they still tend to remain noticeable.

They are often associated with pregnancy. They are caused when the skin is stretched to the point where it tears slightly and scar tissue is formed. Pregnancy is perhaps the main cause of these marks but there are other causes as well, obesity being a major one.

Besides stretching of the skin, hormones seem to play a contributing role. This may be one reason they are a fairly common occurrence during pregnancy, with roughly half the women who become pregnant experiencing them. Cortisone can be a contributing factor as well in that it weakens the elastic fibers in the skin. The same is true with corticosteroid creams, pills or the constant use of systemic steroids. There are several diseases and syndromes that can cause them to appear, although most of these disorders are somewhat uncommon. Females are at a higher risk of developing them than are males for reasons besides pregnancy and the condition is sometimes known to run in families.

Annoying as they can sometimes be, they are harmless. When they are treated, it is almost always for cosmetic reasons only.

The medical term for stretch marks is striae distensae. While most things that can cause them are common knowledge, the exact mechanism involved in their formation is not completely understood. It appears to involve a combination of stretching of the elastic fibers in the dermis coupled with inflammation. Body chemistry plays a role as well. Some people are more predisposed to this type of skin problem than others.

Insofar as tattooing is concerned, it is sufficient to say that the consistency of skin is different where the scar exists. The skin will respond differently when ink is injected than is the case with normal skin. That does not mean that a tattoo will not “take” on the problem, but the result will tend to be different than where the skin has not been scarred.

Designs That Covers or Hides

In some instances, a tattoo can be applied around a stretch mark but not directly on it. If professionally done, it can simply become a part of or blend into the overall design. In other cases, it may be possible to inject ink into it and experience a successful outcome. This tends to be the trickier of the two approaches.

Design is the key word. A stretch mark will normally not hold ink as well as normal, healthy skin does. This is the primary reason for designing a tattoo that goes around the marks, incorporating them into the design rather than inking directly over them. A professional may be able to ink successfully over them by taking precautions and extreme care since the way the ink behaves within a scar will tend to be unpredictable at best. A worst case scenario would be that after the tattoo has been applied, the marks will have become more pronounced or noticeable than ever.

If you want to know what can happen if ink is applied to a stretch mark, take a paper towel and draw a nice, straight line on it with a sharpie. Try to make the line as fine and neat-looking as you can. The likely outcome will be a thick, somewhat uneven line because the ink tends to spread out before it can dry. A fine design is apt to share the same fate which is why most professional tattoo artists will recommend a design that works around them rather than trying to cover them.

Since the scarring distorts skin, they will also distort skin that has previously been inked, possibly distorting the design as well. This is something you might want to be aware of before getting a tattoo since the scarring, if they are going to appear, will distort the skin and can rarely, if ever, be prevented. You will either want a design that can gracefully accept a certain degree of distortion in the event they suddenly appear or have a tattoo placed where they are unlikely to occur. Safe places would tend to be the forearms or lower legs and ankles. The middle of the back tends to be a safe place as well as long as you do not become grossly obese. The worst places are your belly and thighs.

Tattoos over Recent Ones

A special case for applying a tattoo over a scar is when the marks are reasonably new. If they have been there for some time, it is not unusual for a person to finally come to the conclusion that inking around or over them might be a way to disguise them. For many women, the first time they will experience the problem is following a pregnancy. Some may decide to try to do something to hide them as soon as possible. If inking is the approach, it might be better to either try something else or wait a while.

The reason for waiting is that a stretch mark represents damage to the skin and it always takes the skin some time to heal. This healing process can easily take up to a year. A tattoo might be applied around them early on, but an attempt to ink directly on a new scar is less likely to meet the desired outcome. The reason for this is that old ones generally hold the ink better than new ones. Another thing to take into account is that applying a tattoo directly over a new one can be quite painful since the skin has not yet fully healed and the dermis tends to be thinner than normal.

If you simply can’t wait, consider a smaller tattoo or one that is black. Some colors run more easily than others when applied. Black ink tends to be better behaved.

In summary, getting inked can be an excellent way to disguise or hide the imperfection or it can be a disaster. It all depends upon the characteristics of the marks, the characteristics of your skin, the design, and the skill of the artist. Never leave the tattooing up to an amateur. Also, make certain the tattoo artist tells you the pros and cons of getting inked over or around them and the possible outcomes before you make your decision. Just remember, the ultimate result will tend to be quite permanent.